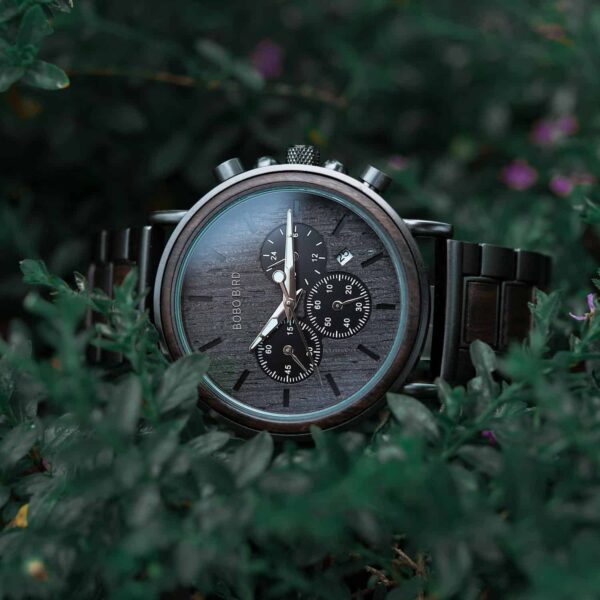 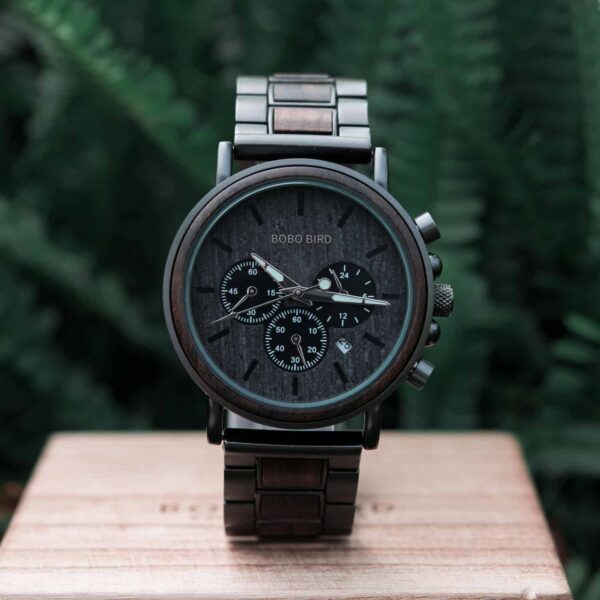 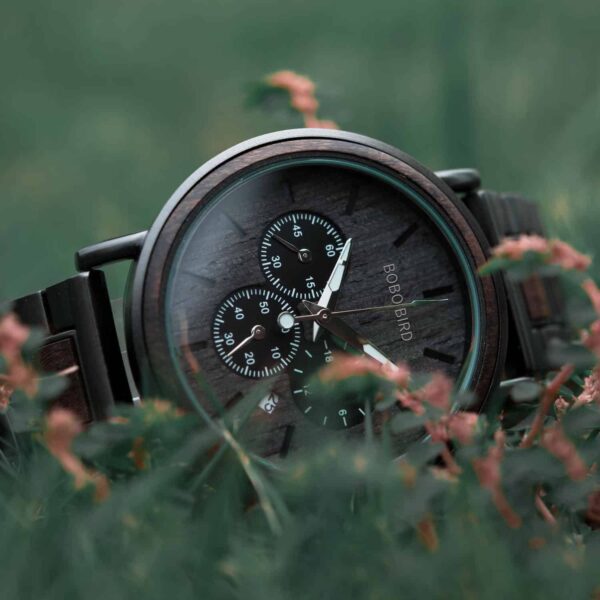 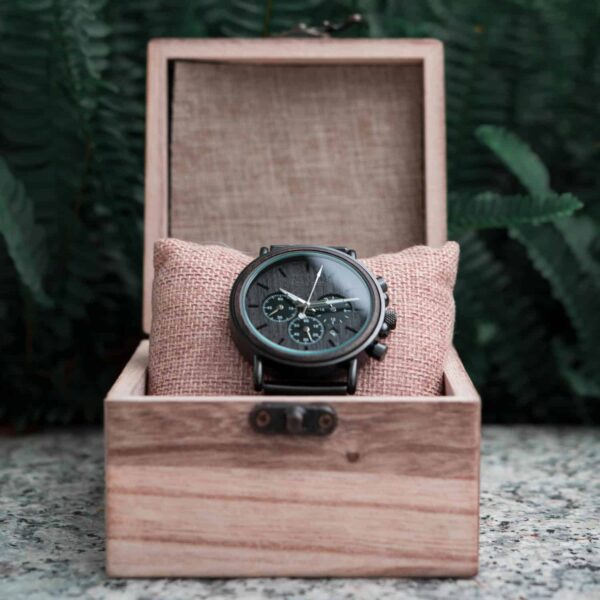 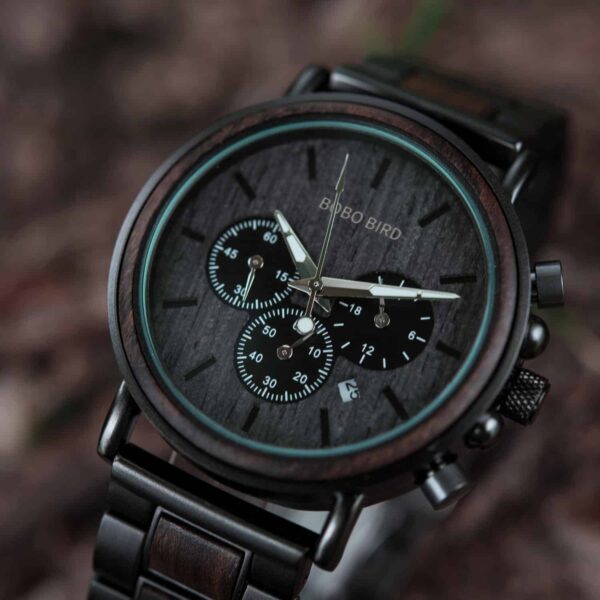 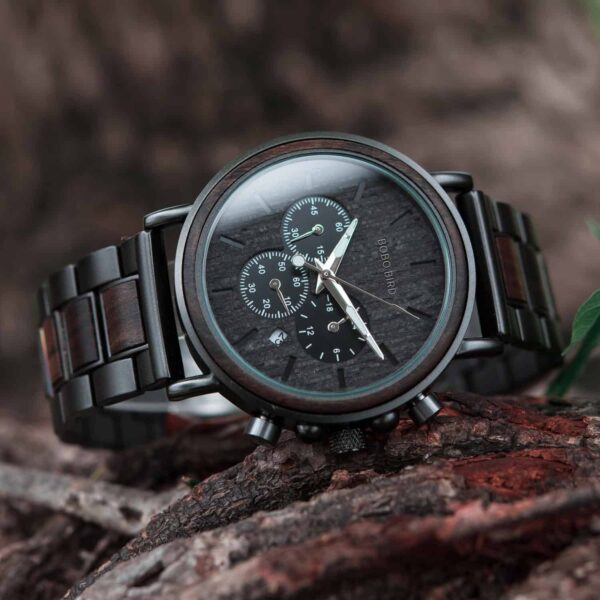 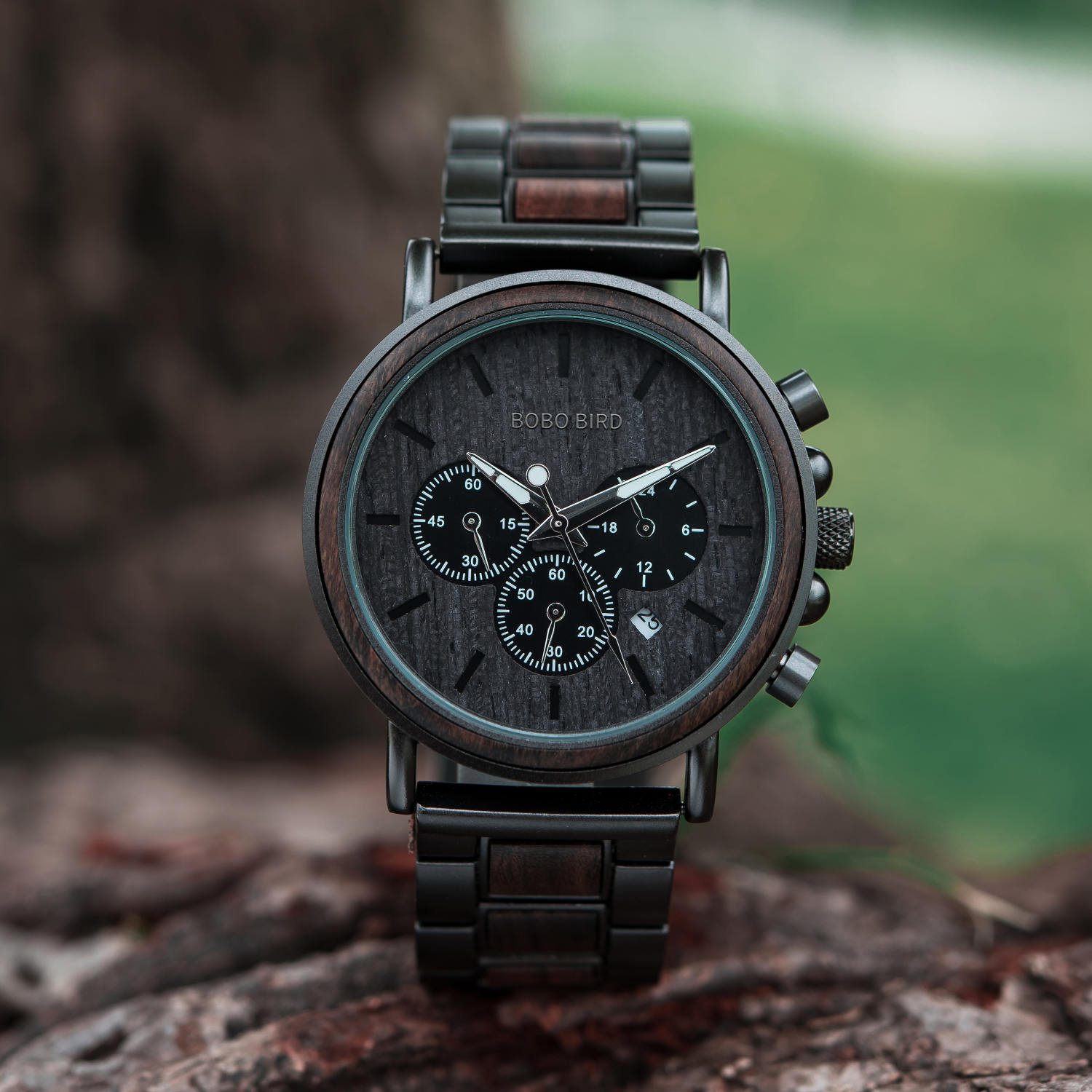 Mount Cleveland (also known as Cleveland Volcano) is a nearly symmetrical stratovolcano on the western end of Chuginadak Island, which is part of the Islands of Four Mountains just west of Umnak Island in the Fox Islands of the Aleutian Islands of Alaska. Mt. Cleveland is 5,675 ft (1,730 m) high, and one of the most active of the 75 or more volcanoes in the larger Aleutian Arc. Aleutian natives named the island after their fire goddess, Chuginadak, who they believed inhabited the volcano.

One of the most active volcanoes in the Aleutian Arc, Cleveland has erupted at least 22 times in the last 230 years.

Our model “Explorer” made of dark Ebony wood and black stainless steel is designed to remind you daily of the unpredictable power of nature.