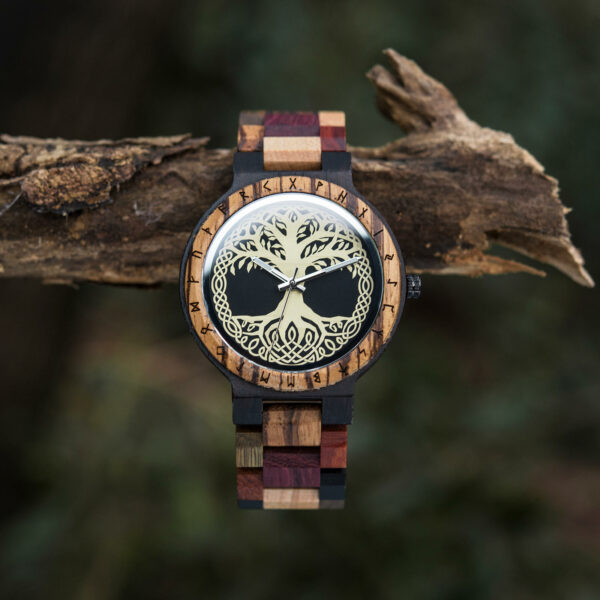 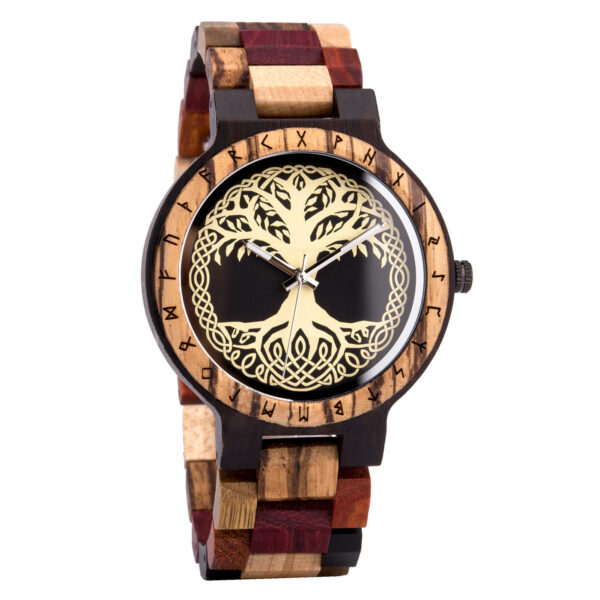 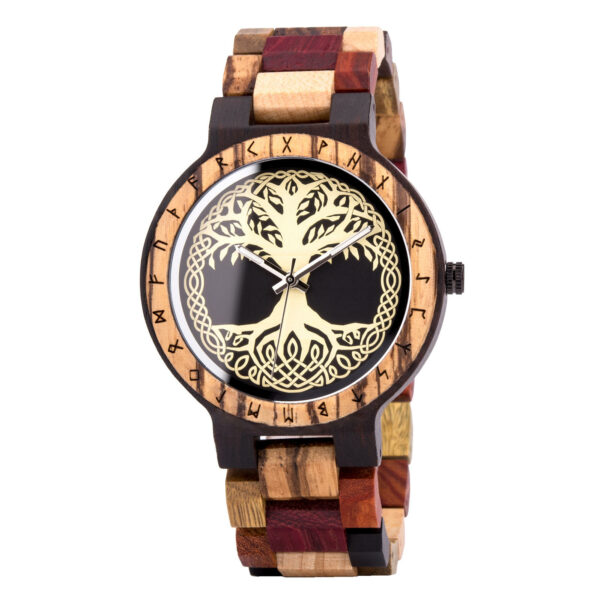 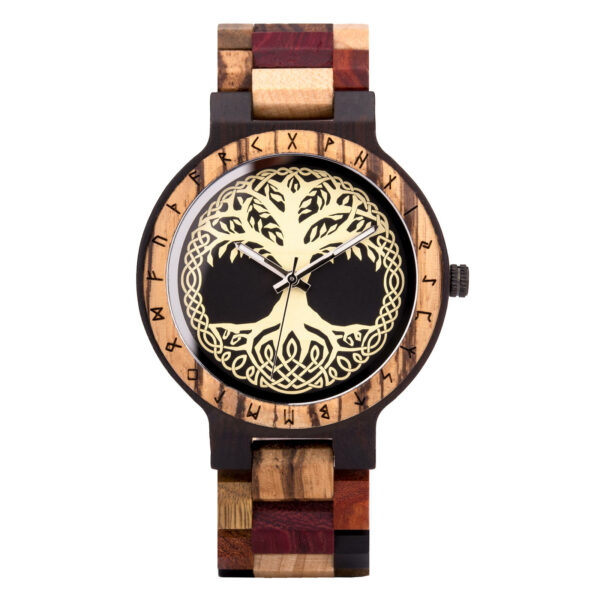 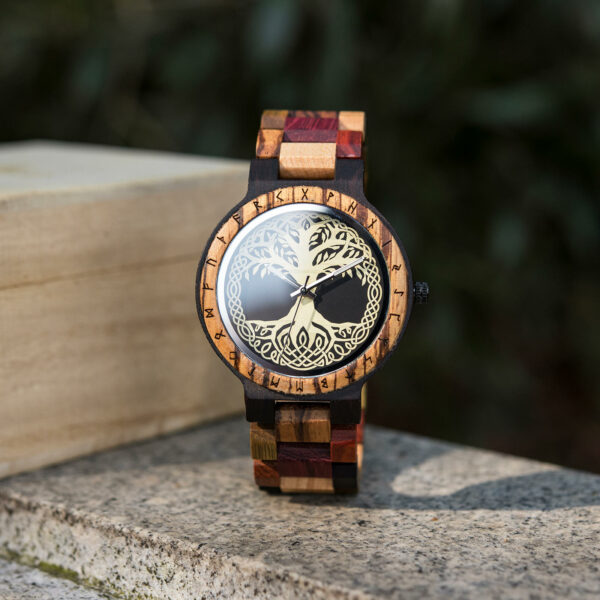 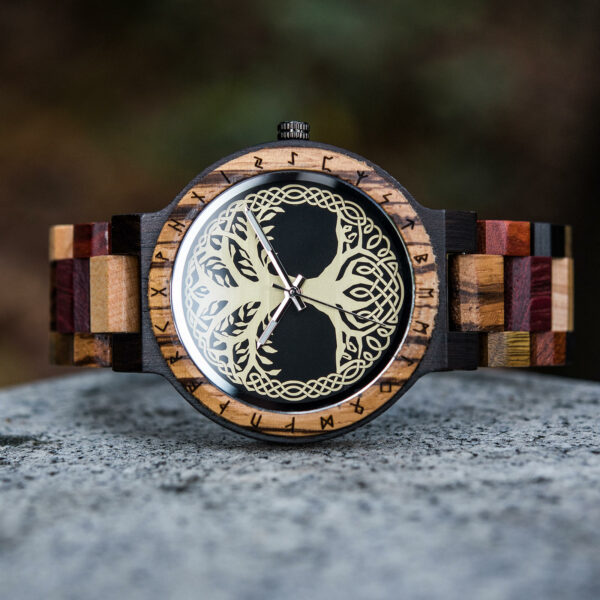 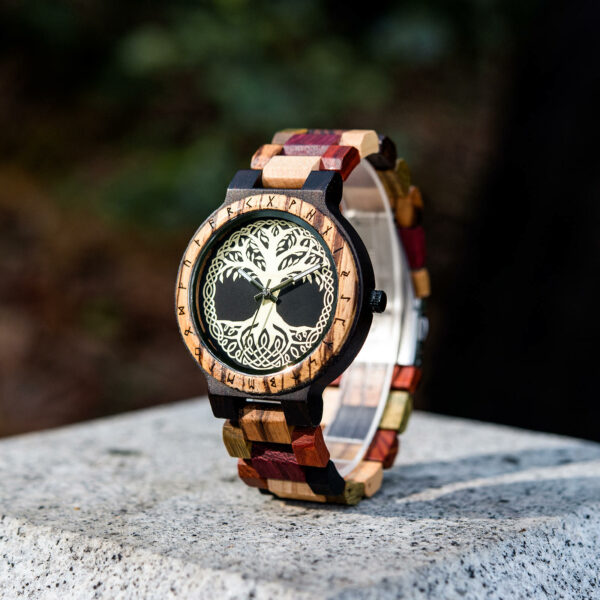 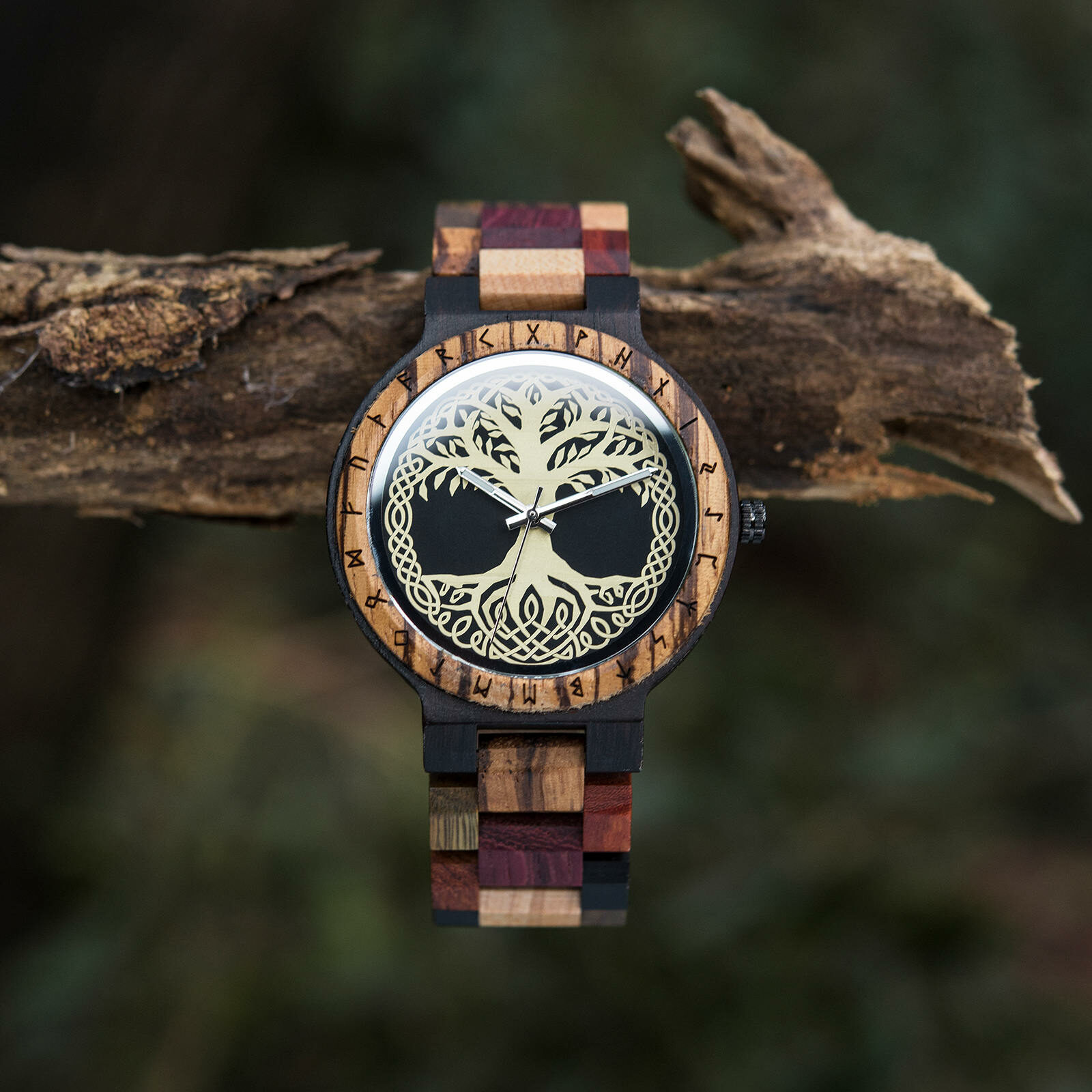 Yggdrasil is an immense ash tree with branches that extend far into the heavens. Celtic mythology portrayed a tree of life connecting heaven and the earth. Viking mythology told stories of Yggdrasil, the great tree whose branches connected the nine worlds and continued on into the heavens. It is central and very holy in Viking mythology, and the gods hold their courts there on daily basis. Warden trees linked to Yggdrasil were kept as late as the 19th century in venerated areas of Scandinavia. Christianity also reference a Tree of Life in the Old Testament book of Genesis. This handmade watch was inspired by all of this rich legacy, where offerings were made to the trees, that were considered to be guardians and bringers of luck. 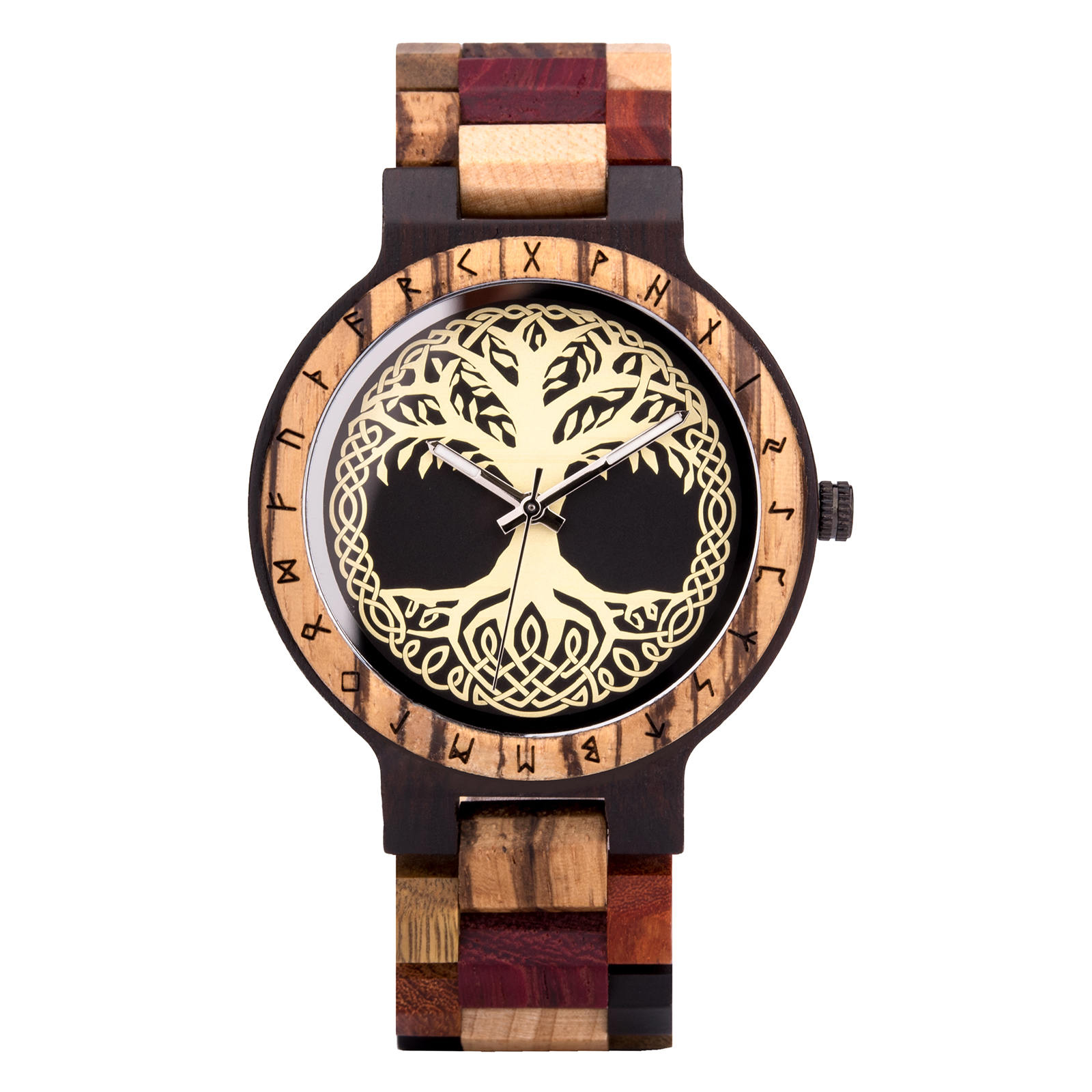 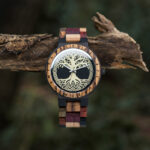